The Praedium Group Acquires Oasis at Sarasota in Sarasota, FL 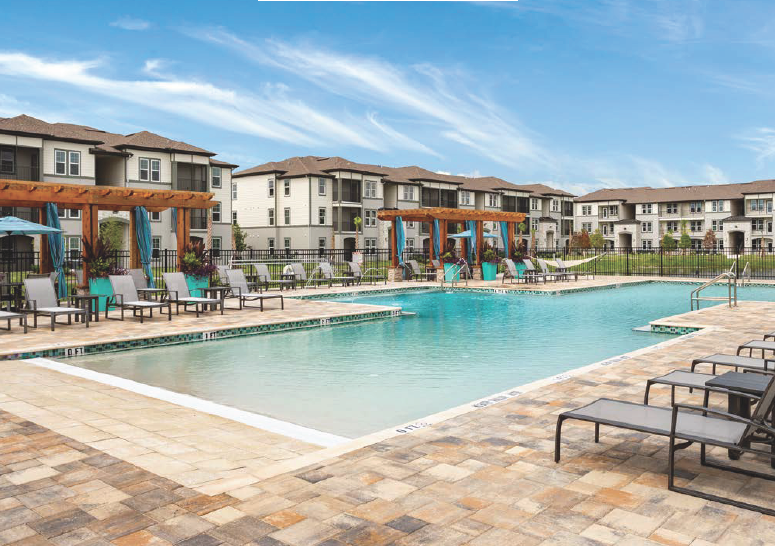 Oasis at Sarasota was constructed in 2019; it consists of twelve 3-story garden style buildings and one 1-story clubhouse, with a mix of one-, two-, and three- bedroom homes ranging from 802 sf to 1,319 sf. Unit interiors have 9′ ceilings with crown molding, smart home communities, and granite countertops. Community amenities feature a dog park, beach-entry swimming pool, and a screened-in outdoor living area with fireplace.

Located in Sarasota, the Property sits in a location that has recently seen a spur of growth due to qualities for which the city has long prided itself; the beaches and weather, the arts and cultural scene, and the affordability in comparison to the increasing expensiveness of Tampa. Population in Sarasota has increased over 2.7 times as fast as the national average in the past 5 years. The transformation in the city is also evidenced by new development in the area, including University Town Center, The Bay, and Quay Sarasota. “Further there appears to be a migration occurring within Sarasota, with tenants moving from downtown Sarasota to its suburbs, in order to escape the increased congestion,” said Mr. Hughes.

Lindsay Schuckman, Vice President of the Praedium Group, adds “In addition to the accessibility to jobs, tenants are also proximate to award winning beaches and premier shopping and entertainment destinations. There is nearly 2 million SF of retail within 5 miles of the Property, including Saks Fifth Avenue and Whole Foods.”

ABOUT THE PRAEDIUM GROUPThe Praedium Group is a privately-held real estate investment firm formed in 1991. Since inception, Praedium has completed over 370 transactions representing $12 billion of capital. Over the past 29 years, The Praedium Group has sponsored a series of ten private equity funds, as well as several separate investment vehicles. The commingled funds and separate accounts sponsored by The Praedium Group have attracted investors that include public and corporate pension funds, financial institutions, insurance companies, foundations and endowments. For more information, please visit www.praediumgroup.com