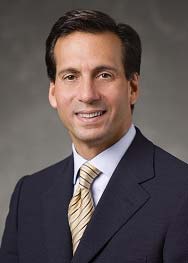 It’s been an extremely active year for The Praedium Group, which has been a net seller of assets as it seeks to reposition its portfolio towards high-quality assets in U.S. markets that are seeing strong growth. The New York-based investment management company, which invests via a series of private equity funds and separate accounts, has completed $2.5bn of transactions this year. This has included over $300m in new acquisitions and nearly $2bn in recent dispositions.

The firm was motivated to sell a number of assets due to highly liquid capital markets, said Russ Appel, founding principal, at a meeting at Praedium’s office in New York last month. “When we see a point in the market where income improves and there is strong liquidity in the capital markets, we will try and capture that,” he said. “We never know what the future will bring, but we do know what the present is. Are we worried? No, we don’t expect the markets to change dramatically, particularly if you’ve had an opportunity to create value and substantially improve income.”

The company’s $300m of new acquisitions in 2015 have spanned several apartment projects in high-growth submarkets in Massachusetts, North Carolina, South Carolina, Oregon and California. In addition, Praedium has been involved in two joint-venture condominium developments in New York City and a joint-venture apartment development in suburban Minneapolis.

REFM: You’ve been very active in the apartment sector on the acquisition side. What are you seeing there?

RA: We’ve been very bullish on the apartment sector over the past five or six years for a few primary reasons: the supply and demand fundamentals, the ability to improve income in assets and general market growth. We have had a focus on distributable cash flow, and apartments are one of the property types where a very large portion of NOI can be distributed and is not necessarily required to be put back into the asset. We also like the asset class because of the relatively consistent liquidity. In general, we’ve found that in both up and down markets, the asset class tends to remain strong and liquid.

REFM: How do you determine the markets where you’re going to invest?

RA: A lot of what we’re doing is looking at job growth in different industries. I often look at markets that have specific job generators which are likely to translate into increased demand for housing.
If you look at where we’re investing, you see the West Coast, the East Coast and Dallas -North Dallas in particular. We also recently made an investment in suburban Boston. We’ve generally seen slightly less growth in the Midwest, which translates to less investment in those markets.

REFM: How long had you held assets for?

RA: Our hold period has depended on the objectives of our clients. We acquire properties for several different vehicles and each vehicle has different objectives. Somewhere alongside the objectives of the vehicle are the underlying fundamentals of the specific asset, its cash flow and its position in the market.
So, for example, we may go into an investment with a five-year hold in mind, and sometimes something really positive or really concerning happens and we decide to exit more quickly or extend the hold period. We’re always trying to be sensitive to the market and maintain a dynamic business plan. We’re looking ahead to use our best judgment and fulfill the objectives of the vehicle.

REFM: Why are you moving toward first-class assets?

RA: High-quality assets generally perform better in down markets. No one can tell you today when we reach the top or bottom of a market – I joke that I listen for someone to ring the bell when we’re there but no one ever does.

I think a lot of what happens next will depend on what happens to the economy. There are certain things we do know, like where rates and the economy are today, and we know how technology is currently affecting demand for space.

My general sense is that while rates may rise, they won’t skyrocket. I personally think we are likely to see a continuation of liquidity, low rates and strong demand for real estate.

REFM: How is technology going to affect demand for space in the coming years?

RA: We’re constantly looking at how technology has changed and how it has affected demand for office space over the past decade, specifically how people are using space more efficiently and how this has led to increased density in office space. Because of this density, certain suburban office markets are requiring more parking and have become more sensitive to parking ratios. Generally, in the apartment sector, technology does not seem to have a dramatic effect on the demand for rental housing.

REFM: We’ve seen that as companies increase the density in their space, there’s b een more demand for parking. Has this been a problem for suburban offices?

RA: With the increased density in office space, which is being somewhat driven by technology, certain suburban tenants are requiring more parking. As the markets improve and occupancy levels in the office sector continue to climb, those who can provide better and more convenient parking will have a competitive advantage.

REFM: What other trends are you seeing?

RA: There has been a trend in the market, broadly from institutional investors, towards receiving a larger share of total returns through cash flow. I think fixed income alternatives today are providing very low levels of cash flow and real estate is a very attractive place to generate yield, in addition to having some level of inflation protection and upside benefit.
After the recession of 2008-2009, I believe that investors are more sensitive to risk and to where the components of their returns come from. Broadly, as institutional investors focus on risk management, there has been a greater desire for cash flow.

REFM: I was talking to another manager today about how the conversation is focused too much on marketing, technology and distribution and not enough on an alignment of interest via a fiduciary relationship. What’s your take?

RA: Clearly, since 2008, a bright light has been shown on the relationships between LPs and GPs. There has been greater scrutiny on alignment of interests, and, as the chair of the Pension Real Estate Association during the downturn, we sponsored several forums on the topic and discussed the experiences of investors. I think there has been a clear focus on the alignment of interests and I believe that this has improved over the past six or seven years.