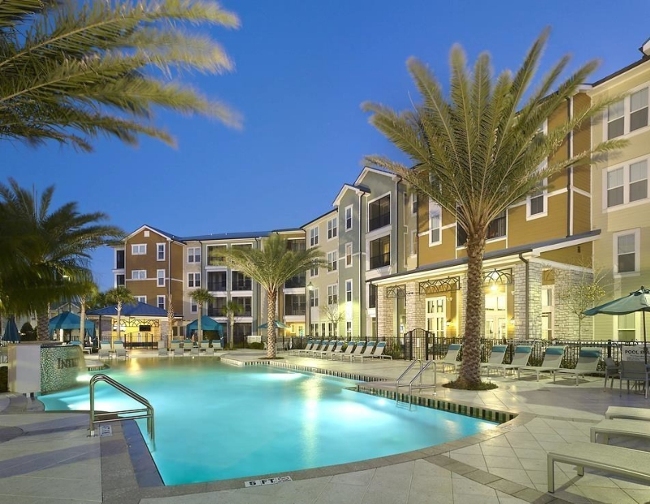 Integra Cove is ideally located within minutes of major attractions such as Sea World, Walt Disney World and Universal. These attractions service over 100,000 employees combined, and each plan to further expand in the near future. In addition, the Property is proximate to 50,000 hotel rooms and the MSA’s major employment centers, including America’s second largest convention center (2 miles away), The Mall at Millenia (8 miles away), and Downtown Orlando CBD (13 miles away).

According to AxioMetrics, Orlando has averaged over 5% annual rent growth in the past five years and is one of the top apartment rental markets in the country. “We feel confident in this market’s continued growth as evidenced by the city’s significant investment in transit infrastructure, including $2.3 billion in a 21-mile makeover to the region’s main thoroughfare, Interstate 4, $1.6 billion in an expansion of the Orlando International Airport, and $615 million in Orlando’s first commuter rail transit system,” said Lindsay Schuckman, Associate of The Praedium Group.

The Praedium Group is a privately-held real estate investment firm focusing on under-performing and undervalued assets throughout the United States. The Praedium Group was formed in 1991 and since inception has completed over 350 transactions representing approximately $10 billion of capital, including 73,000 multifamily units and nearly 44 million square feet of commercial space. Over the past 25 years, The Praedium Group has sponsored a series of eight private equity funds, as well as several separate investment vehicles. The commingled funds and separate accounts sponsored by The Praedium Group have attracted investors that include public and corporate pension funds, financial institutions, insurance companies, foundations and endowments. For more information, please visit www.praediumgroup.com